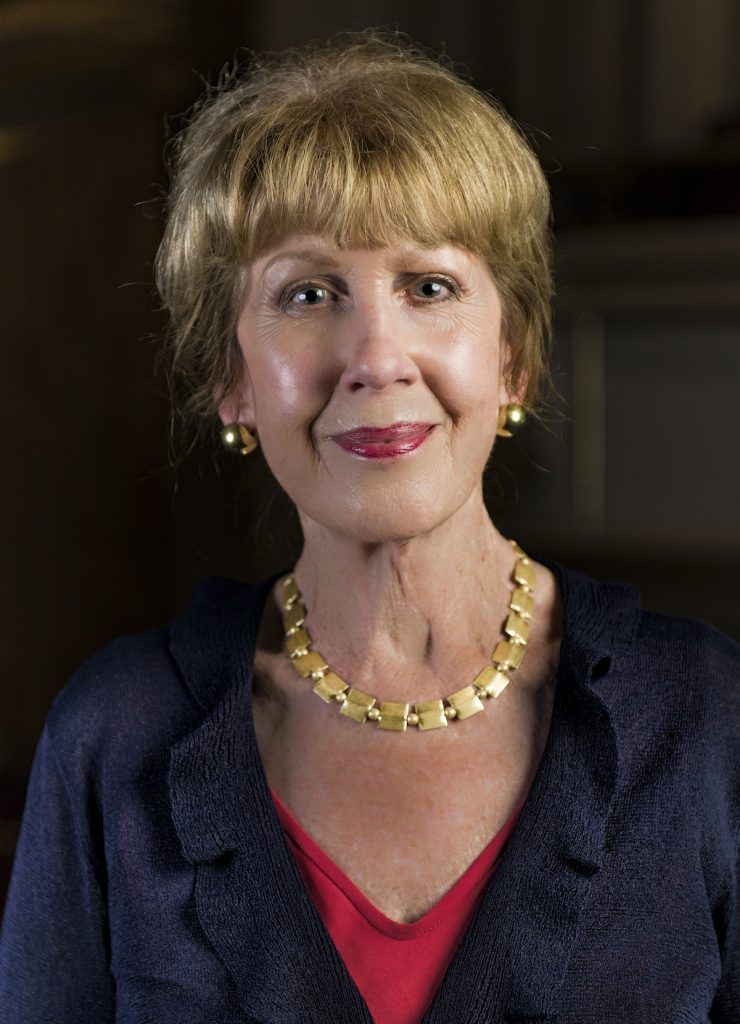 All Bravo Society members share a deep personal connection with opera. How they arrived at the decision to leave their own opera legacy is unique. We asked current OSB Board Chair, Joan Rutkowski, to share her story.

Joan Rutkowski is currently serving her third term as Board Chair of Opera Santa Barbara, but her commitment to the company goes much deeper. She’s been a tireless board member since 2008 and spent seven years as Artistic Administrator. Joan’s dedication and generosity to Santa Barbara’s larger performing arts community is well known, and we are lucky to have her leadership now. Her motto is, “if one succeeds, we all succeed.”

Joan grew up in Eugene, Oregon in a very musical family and started piano lessons at four and also played flute and violin. In her junior year of high school, she was one of 150 high school students from around the country to be a part of The All American Chorus in St. Louis. She majored in music at Willamette University and after graduating, moved to San Francisco and sang at the Bocce Ball in North Beach, in churches, and synagogues. Joan remembers attending the SF Opera where she stood for five hours for Die Meistersinger. Another early memorable opera was the Vienna State Opera’s production of Aida, which she attended as part of a nine-month exploration of Europe and the Middle East “finding herself.”

Returning from Europe to San Francisco, Joan prepared to return to academia and enrolled in the Graduate Opera Program at USC. Between her two years at USC she was part of the San Francisco Opera’s Merola Opera Program, having won the Bay Area region.

She met the love of her life, cellist Geoffrey Rutkowski, when they were in undergraduate school and performed together in an opera. They met again while at USC. After they married they moved to Santa Barbara in 1968 where Geoff became a member of the UCSB music faculty. For another 10 years Joan sang in operas and concerts on the West Coast and together with Geoff, performed around the world sponsored by the US Information Service. In 1985 they spent a month in China, performing and giving master-classes in all the conservatories of music. Joan had a large private voice class for many years and then retired to devote her considerable energy and expertise to numerous arts organizations in Santa Barbara. Sadly, Geoff passed away July 31, 2019.

Joan and Geoff joined Opera SB’s Bravo Society because, “If you love something and want it to succeed now and in the future, this is a wonderful way of helping. You’ll never be forgotten.” She believes that “what’s past is gone, and hence the importance of looking forward.”

Do you love opera? We would love to hear your story. You can ensure opera continues to flourish in Santa Barbara for generations to come by joining the Bravo Society through including a gift to Opera SB in your estate plan or by making a gift now to our Endowment Fund.  Please contact Nina Dunbar, Director of Development at 805- 898-3890, ext. 203 or [email protected] for details.