Meet the Cast of Madama Butterfly 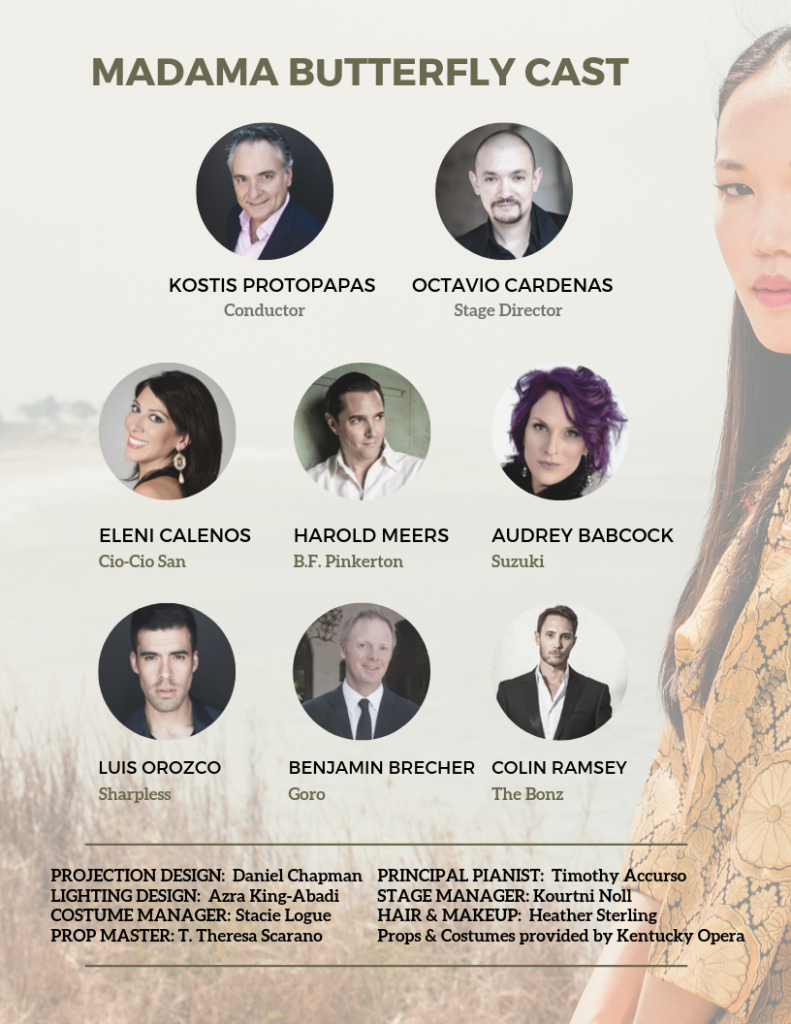 The cast is made up of quite a few familiar faces–some of who made their Opera SB debuts during our special 25th Anniversary season last year. This production will be our third time to put on Puccini’s classic.

This tragic romance has been captivating audiences for over a century. Eleni Calenos returns to the Granada Stage as the titular Madama Butterfly. A signature role for the Greek soprano, she was praised as Cio-Cio San in recent productions at Shreveport Opera, Annapolis Opera, Ash Lawn Opera, and Evansville Philharmonic Orchestra.

Tenor Harold Meers returns as B.F. Pinkerton, a role he is described as embodying so well “from his youthful and handsome look, confident swagger, and delightful tenor that sits well for the character.” He performed the role with Kentucky Opera, Opera Columbus, Nashville Opera, and Amarillo Opera.

Joining Ms. Calenos and Mr. Meers are award-winning mezzo-soprano Audrey Babcock as Suzuki, and baritone Luis Alejandro Orozco in his role debut as Sharpless. Both are returning to Santa Barbara after singing principal roles as part of last year’s anniversary season.

To learn more about the cast and get ticket info, visit the Madama Butterfly event page.