Meet our Onegin!
Baritone Lee Poulis, who made his OSB debut as Ford in 2014’s Falstaff returns to the Santa Barbara stage in Eugene Onegin in the title role. 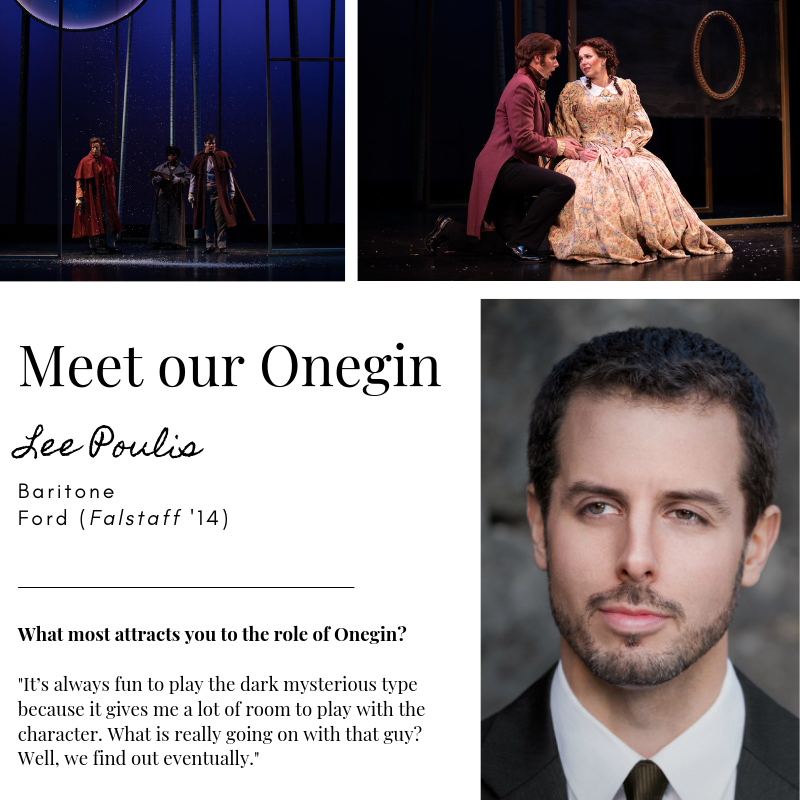 What’s the best love story in opera?
Walther and Eva from Die Meistersinger von Nurnberg. He has to win a singing competition with a song he composes that is  overflowing with the subtext of his love for her. And then he wins the competition and her love!

What language is your favorite to sing in? Italian.

How much Russian did you know before OSB’s Eugene Onegin started?
I’ve sung Russian art song and Yeletsky in Pique Dame.

Favorite Recording of Eugene Onegin (or favorite baritone who sang it)?
The Freni/Shicoff/Allen/Ghiaurov recording is the one I grew up with and I still love it.

What tune from the opera gets stuck in your head the most?
The Polonaise. I always spontaneously start conducting it!

What most attracts you to the role of Lenski:
It’s always fun to play the dark mysterious type because it gives me a lot of room to play with the character.  What is really going on with that guy?  Well, we find out eventually.

If you could give love advice to your character, what would it be?
Try not burn bridges of love with life lectures. This may be the one!

Who would win in a duel: You or Lee Poulis who plays Onegin?
You or Elliott Deasy who plays Lenski? Hmm, Elliott.  He’s from OK and I’m from Long Island so I’ll just say Oklahoma wins.

Best part of being in SB? It’s great to be back in paradise and to be around friendly, familiar faces.