Kostis Reflects on the Start of the Season

September is finally here! Don’t get me wrong, I love the summer and have had a great one this year, visiting my family in Greece and traveling to Italy for the first time (can you believe it?). Nevertheless, I’ve been anxious for the new season to start and I’m excited it’s almost here! 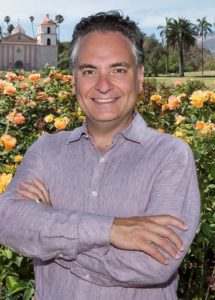 Although this is technically my second season with Opera Santa Barbara, it feels like my first, as it’s the first I’ve planned from beginning to end. Though my colleagues and I have worked on it for almost a year now, it feels as though the big picture is only now coming into focus, and it’s just that: BIG.

THE GYPSY, THE FOX AND THE SWALLOW

We wanted to open the season with something big and popular that would delight both opera lovers and those who don’t go to the opera very often but still love big shows with great tunes. Going to the opera is the definition of a big night out, and who doesn’t love dancing gypsies and singing matadors, right? Voila: “Carmen”! It’s going to be a classic production and one of the biggest OSB has done in a while. Leann Sandel-Pantaleo is a GREAT Carmen and I can’t wait for you to see and hear her.

Janacek’s “The Cunning Little Vixen” is one of my top-five favorite operas. I invariably tear up at the final scene (when I’m not conducting, that is). Think of it as the “Lion King” with better music. Janacek is a superb composer and the music of “Vixen” overflows with humanity and love of nature. Can’t wait to do this show with Isabel Bayrakdarian, who has been a good friend since we worked together at LA Opera in 2004. Also, I’m beyond excited to create a new production with the amazingly talented Crystal Manich and our formidable design team.

OK, I’m going to let the fox out of the bag now: Thanks to a brilliant idea from General Director Steven Sharpe, the design will incorporate elements inspired by the landscape and animals of our very own Channel Island National Park!

Our spring show is “La Rondine,” the only Puccini opera in which no-one dies… I’m doing it for the first time, and love learning new pieces! What an elegant score this is – full of Belle Epoque nostalgia and joie de vivre, but underneath it all is a mature Puccini looking back at his life and work, and his characters give voice to his musings about love, relationships, and art. I can’t wait to work with our director, Tara Faircloth, who learned the work from the great Lotfi Mansouri, and with two of my favorite Puccini singers, Karin Wolverton and Adam Diegel.

This is the second season of the expanded Mosher Studio Artist Program, and I’m excited for you all to meet our four young artists. I’m convinced they’ll be local celebrities by the end of the season. Although they don’t arrive until the first week of October, their schedule is practically already full: mainstage roles in all three productions; school performances in January, February, and March; noontime concerts in Santa Barbara, Ojai, Ventura, Solvang, and Santa Maria (these were crazy popular last year); and a series of public masterclasses in the spring. I’m also looking forward to performing Janacek’s “The Diary of One Who Disappeared” with them around the time of “Vixen.” It looks like the Moshers are going to average two or three performances per week when you add it all up, so do subscribe to our email list so you know where and when it’s all happening (www.operasb.org/subscribe.php).

The inaugural season of the Santa Barbara Youth Opera is already underway, with auditions in Santa Barbara and Ojai. Under the direction of the fearless Rebecca Comerford, a group of about 30 kids ages 8-18 are embarking on the musical adventure of a lifetime: In weekly rehearsals throughout the school year they’ll learn to sing, act, and work alongside professional artists and technicians in the awe-inspiring endeavor that is opera production. This year they will perform in “Carmen” and “The Cunning Little Vixen,” and in May they’ll present their very own production of “Brundibar” – an opera originally performed by children at the Theresienstadt concentration camp in 1943 – in collaboration with Ojai Youth Opera and the Santa Barbara Youth Symphony.

OSB IN YOUR HOME, OFFICE AND CAR

You don’t have to wait for our shows to see and hear what we’re up to any more. We’ll be putting all kinds of fun content on our blog and social media for you to enjoy. A new series of podcasts will give you background and fun tidbits about each opera so you’ll be an expert by the time the curtain goes up. You’ll be able to follow our artists around through rehearsal videos and interviews. I’m also hoping that we can start streaming some of our Noontime Concerts and other outreach performances, for those who can’t make it to the venue. Follow us on Facebook and Twitter so you don’t miss a thing. 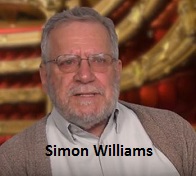 The one and only Simon Williams will present a noncredit enrichment course on the history and nuances of opera through Santa Barbara City College’s Center for Lifelong Learning beginning October 17. If you’ve heard him before, you know not to miss it. If you haven’t heard him, you haven’t lived.

I’ll be giving a little talk before each opera, an hour before the show in the Granada Theatre. Please come and say hello!

I can’t wait to start rehearsals for “Carmen” with the OSB chorus. Working with choruses is a big passion of mine, and I’m so thrilled that I will also be the chorus master this season!

Expect to hear from me in more detail about all this soon, and as always, don’t hesitate to contact me anytime at [email protected], on Twitter @toimo and on Facebook at Kostis Protopapas, Conductor and Opera Santa Barbara.