Another Cultural Feast on Tap

[vc_row css_animation=”” row_type=”row” use_row_as_full_screen_section=”no” type=”full_width” angled_section=”no” text_align=”left” background_image_as_pattern=”without_pattern”][vc_column][vc_column_text]Each autumn brings fresh reminders of the extraordinary cultural bounty we enjoy in Santa Barbara, and this year is no different. Of course, the event of the season is Opera Santa Barbara’s production of Carmen at the Granada Theatre on November 4 and 6. That said, there’s much else going on in the community. Here’s a broad sampling of notable upcoming events in the area: 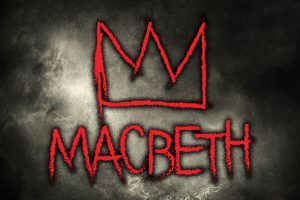 Ensemble Theatre Company’s new season launches with a production of Shakespeare’s timeless Macbeth, which will run from September 29 through October 16 at the New Vic. ETC’s first foray in decades into the works of Shakespeare arrives just in time for election season with one of literature’s great tales of blind and bloody political ambition. http://ensembletheatre.com

Local favorite Esa-Pekka Salonen, Conductor Laureate of the Los Angeles Philharmonic, returns to Santa Barbara for his second appearance as principal conductor and artistic advisor of the Philharmonia Orchestra of London, one of the world’s great orchestras. He will lead the Philharmonia in a remarkable program of two symphonies in E-flat major: Beethoven’s “Eroica” and Sibelius’ startlingly original Symphony No. 5, whose famed swan calls have haunted the imagination of generations of listeners. October 6 at the Granada Theatre. http://camasb.org 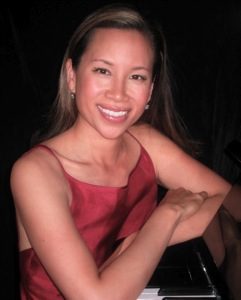 The Santa Barbara Chamber Orchestra will open its 38th season with a performance of Dvorák’s beloved “New World” Symphony and Gershwin’s genre-defying Concerto in F featuring acclaimed pianist Wendy Chen at the Lobero Theatre on October 8. Ms. Chen became the youngest winner ever of the National Chopin Competition in 1990, and has since performed throughout the world, garnering a steady stream of critical plaudits. The concert will be preceded by an opening-night party featuring a performance by State Street Ballet. www.sbco.org 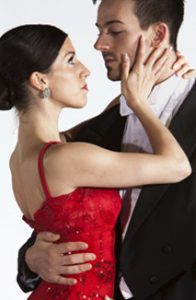 State Street Ballet’s 2016-17 Season opens October 22 at the Granada Theatre with An American Tango, an homage to the Jazz Age and two of the ballroom era’s most popular dancers, Frank and Yolanda Veloz. Featuring music by Waller, Gershwin, Ellington, and others, and based on a script by Guy Veloz, this multimedia dance/theatre production will take you from the streets of New York to the stage of the Hollywood Bowl. Described by Examiner.com as “a must-see production for anyone who loves dance.” www.statestreetballet.com

Argentine cellist Sol Gabetta will perform a program of Schumann, Brahms, and Prokofiev in her Santa Barbara debut at the Music Academy of the West’s Hahn Hall on November 16. A Grammy Award nominee renowned for her charismatic artistry, Ms. Gabetta has blazed an impressive trail since winning her first competition at age 10, becoming one of Europe’s most sought-after soloists. Accompanying her will be pianist Alessio Bax, whose lyrical, insightful playing “quivers with an almost hypnotic intensity” (Gramophone). https://artsandlectures.sa.ucsb.edu[/vc_column_text][/vc_column][/vc_row]