WHEN I RISE at the SBIFF 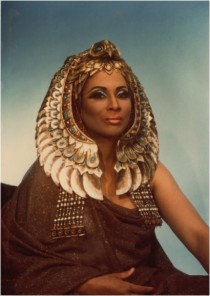 This is very last minute notice, but I just heard about a documentary that will play at the Santa Barbara International Film Festival about mezzo-soprano Barbara Smith Conrad and her struggle to gain acceptance in the world of opera. It’s gotten some great notices and draws some attention to an important period in American History and the intersection between music and civil rights.

It plays TODAY (Friday) at 1pm and tomorrow (Saturday) at 7pm at the Santa Barbara Art Museum. On Monday morning it will have its final viewing at 8am at the Metro 4 Theater (618 State between Ortega and Cota).

“When I Rise is a feature-length documentary about Barbara Smith Conrad, a University of Texas music student who finds herself at the epicenter of racial controversy, struggling against the odds and ultimately ascending to the heights of international opera.
A gifted black music student at the University of Texas is thrust into a civil rights storm that changes her life forever. Barbara Smith Conrad is cast in an opera to co-star with a white male classmate, fueling a racist backlash from members of the Texas legislature. When Barbara is expelled from the cast, the incident escalates to national news, prompting unexpected support from a pop superstar.
??This small-town girl, whose voice and spirit stem from her roots in East Texas, emerges as an internationally celebrated mezzo-soprano and headlines on stages around the world.  When I Rise is an inspirational journey toward finding forgiveness within oneself.”

For further reading: Here is a LINK to an article about Ms. Smith Conrad in the Austin Chronicle.