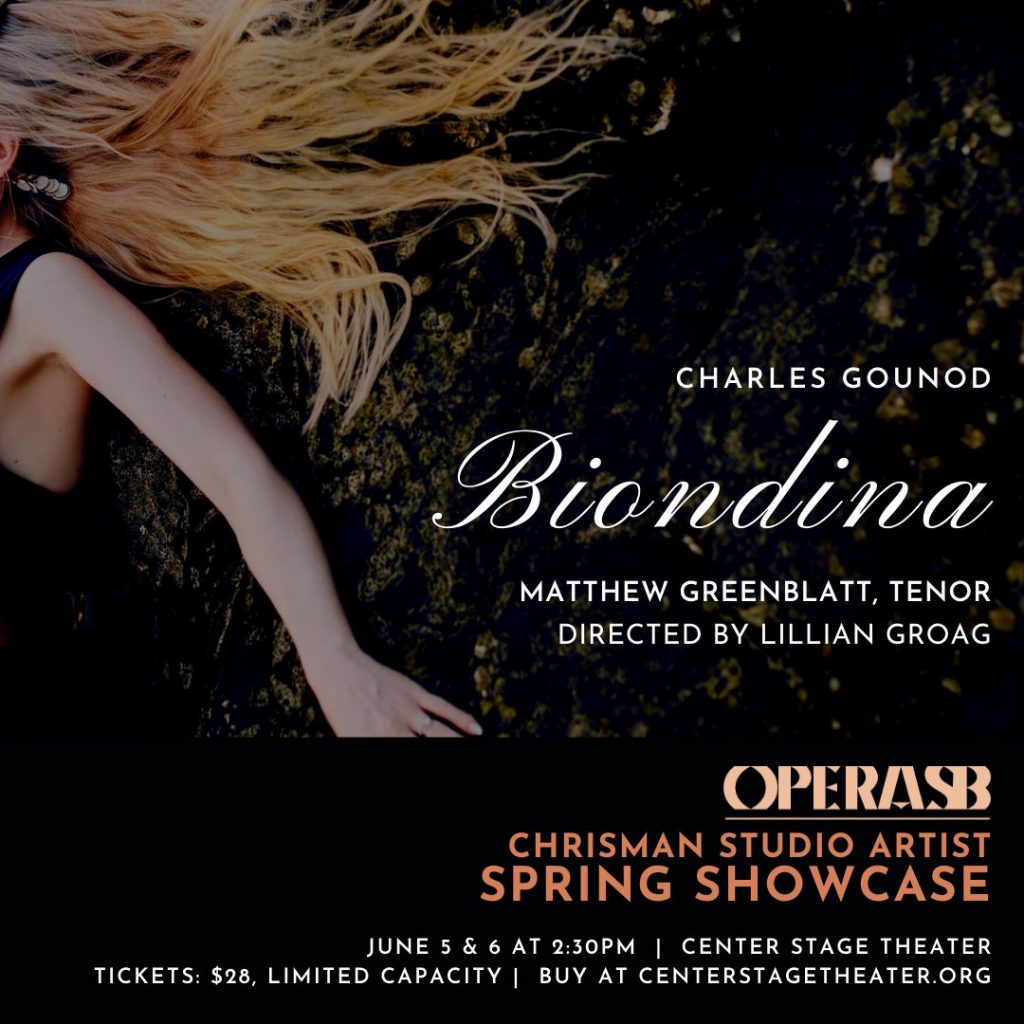 There is still time to purchase your tickets for the Opera Santa Barbara Chrisman Studio Artist Spring Showcase!Opera SB will highlight its 20|21 Season Chrisman Studio Artists with two performances Saturday, June 5 and Sunday, June 6 at 2:30PM at Center Stage Theater. Tickets are $28 and capacity is limited. Patrons are encouraged to buy early and review the theater’s COVID policies in effect. Buy now! 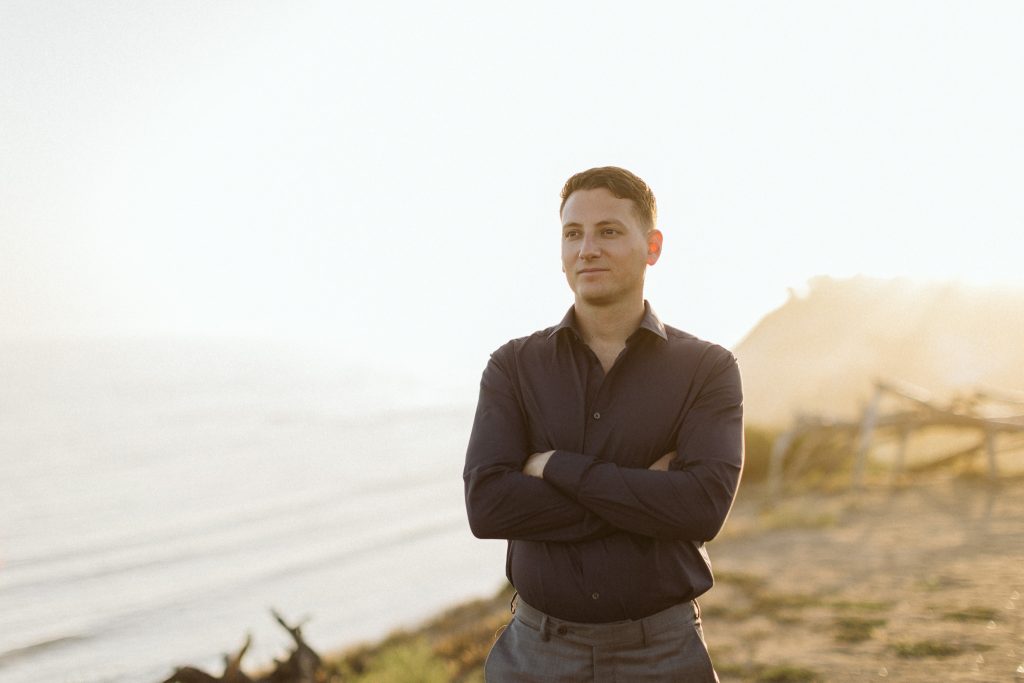 Today, we spotlight tenor Matthew Greenblatt, who will be performing Charles Gounod’s Biondina directed by Lillian Groag. Charles Gounod, most known for his French operatic masterpieces Romeo and Juliet and Faust (1818-1893) composed Biondina (his only song cycle) sometime between 1871 and 1872 during an extended stay in London. It is a highly skillful work which incorporates echoes of the Italian music which the composer had heard in his student years in Rome, but it also contains pre-echoes of the Italian verismo style, and the story line brings the tale of Rodolfo and Mimi in La Bohème to mind.
A native of Port Washington, New York, tenor Matthew Greenblatt has been an integral part of our 2021 Season. Following OSB’s season, this summer Matthew will be covering the role of Nemorino with The Southern Illinois Music Festival. He will also be the Tenor Soloist in an outdoor concert series with the New Philharmonic Orchestra in Illinois, along with his wife Brooklyn Snow.
Previous
Next
Page load link
Go to Top