This season marks Opera Santa Barbara’s 20th Anniversary; the company celebrates with three spectacular productions: a heart-wrenching tale of love and betrayal, a witty, elegant comedy, and a thrilling, suspenseful drama. Tosca opens in November 2013, followed by Falstaff in March 2014, and The Consul in April 2014.

“I am thrilled to be with Opera Santa Barbara as we mark the company’s 20th Anniversary with these magnificent works,” says OSB’s Artistic Director, Jose Maria Condemi. To honor both the company’s past and its future, the company offers something to opera-lovers of all stripes this anniversary season. Accordingly, Condemi’s program has achieved an exquisite balance. The season features two works by opera’s most beloved composers alongside a thrilling contemporary work. Two of the season offerings are company premieres. The festivities come to a close by highlighting the work of an American composer. “Santa Barbara is a place with a sincere appreciation for the arts,” continues Condemi. “As we mark our 20th year, I extend my sincere thanks to all those who have helped make Opera Santa Barbara a leading arts organization, and I invite audiences both old and new to come take part in our year-long celebration.”  OSB General Director Steven Sharpe adds: “Having served on the Board of Directors of Opera America for several years, I can tell you it is no small feat to reach a 20th year as a regional opera company,” says Sharpe. “We have designed a season for everyone, and are gearing up for numerous outreach efforts to bring our work to the widest possible audience.” 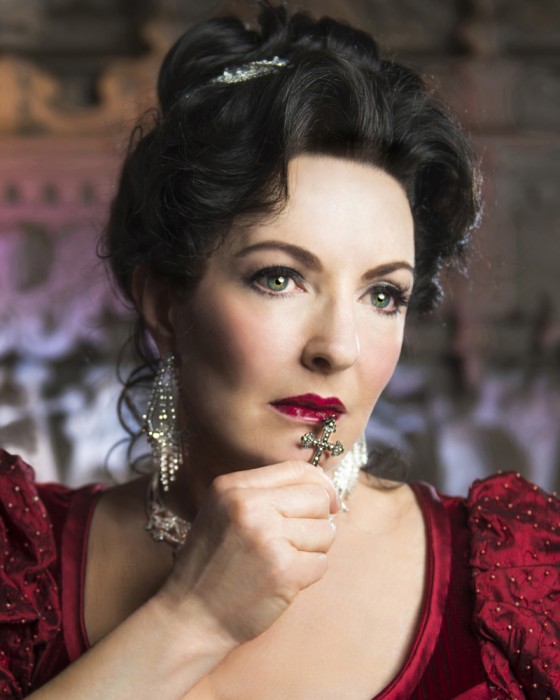 The season leads off with the return of Giacomo Puccini’s blockbuster Tosca, directed by OSB’s Artistic Director, Jose Maria Condemi. One of the most popular of all operas, Tosca has been beloved by audiences since its premiere. The thrilling score features some of Puccini’s most beautiful and passionate music. Tosca tells the tale of a fiery prima donna who is forced into her most challenging role when her lover, Cavaradossi, faces execution for aiding a political prisoner. Scarpia, the treacherous chief of police, will stop at nothing in his lust for the diva. He holds Cavaradossi’s life in his hands and tries to make Tosca an offer she can’t refuse; she must make an unthinkable choice as the explosive triangle comes to a hair-raising conclusion in one of opera’s most breathtaking climaxes. This will be the third time the company has presented Tosca. The opera had its company premiere in 1997 and returned in 2006. Tosca will be the first starring role at Opera Santa Barbara for Marcy Stonikas*, who audiences may remember from her 2012 holiday recital for the company. Tenor Christopher Bengochea, who won raves for his portrayal of Rodolfo in OSB’s 2011 La bohème, returns as Cavaradossi. Baritone Luis Ledesma* makes his company debut as Scarpia. Christopher Larkin* (who local audiences may remember from his work at the Music Academy of the West) will conduct. This season’s performances of Tosca are on November 8 (evening) and November 10 (matinée), 2013, at the Granada Theater. 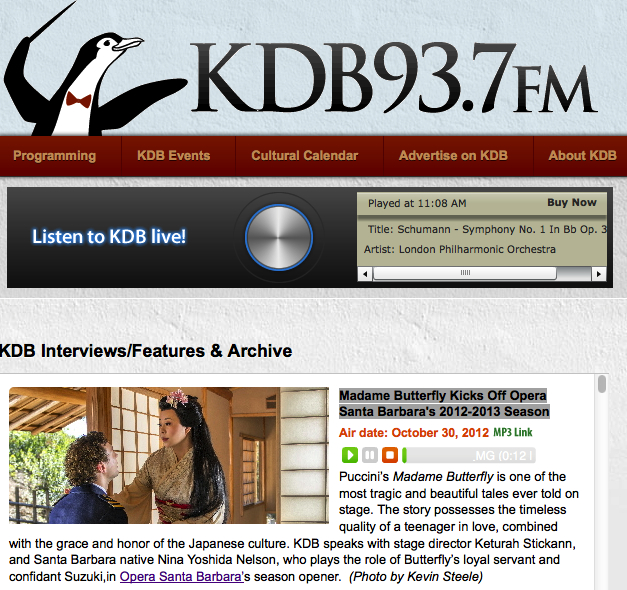 Giuseppe Verdi’s bicentennial coincides with OSB’s Anniversary year. The composer’s work has featured prominently in the company’s history. To celebrate, OSB presents its company premiere of Falstaff. This shimmering comedy, Verdi’s final opera, features an ingenious score and is often deemed the finest operatic comedy ever written. Verdi’s adaptation builds its plot around Sir John Falstaff, a character featured in Shakespeare’s Henry IV and The Merry Wives of Windsor. The story follows the portly rogue’s attempts to woo two married women in hopes of improving both his financial situation and his love life. Though the merry wives of Windsor thwart him at every turn, nothing – including an unexpected dip in the Thames – can dampen Falstaff’s irrepressible spirit. Baritone Todd Thomas (last seen as Scarpia in the company’s 2006 Tosca) returns to OSB in the title role. He is joined by San Francisco Opera regulars soprano Melody Moore* as Alice Ford and mezzo-soprano Catherine Cook* as Dame Quickly. Baritone Lee Poulis* makes his company debut as Ford. The young lovers Fenton and Nannetta will be played by tenor Joshua Kohl* and soprano Rebecca Nathanson, an alumna of Opera Santa Barbara’s Studio Artist Program. Jose Maria Condemi will stage the production and Francesco Milioto, conductor of OSB’s recent Don Pasquale, returns to the podium.  This production will be first time the opera has been produced professionally in Santa Barbara and the first local performance of any kind in nearly 25 years. Performances of Falstaff are on March 7 (evening) and March 9 (matinée), 2014, at the Granada Theater. 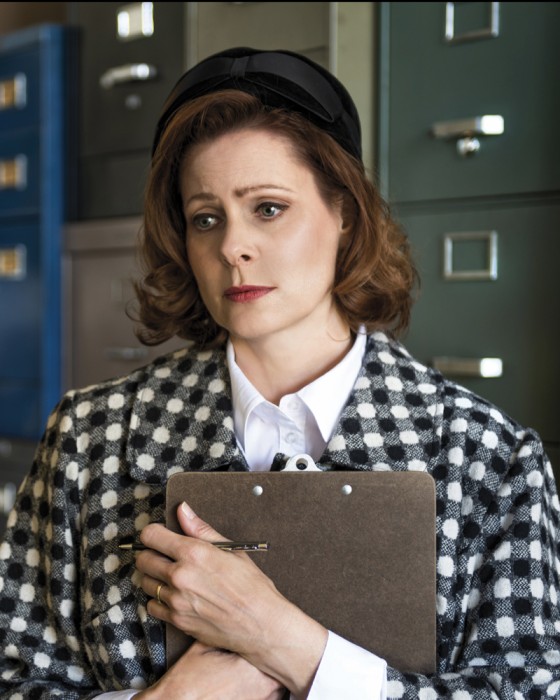 The season closes with Gian-Carlo Menotti’s Pulitzer Prize-winning opera, The Consul. In this suspenseful thriller, which has been described as “Hitchcock set to music,” a devoted wife and mother clashes with the bureaucracy of a nameless police state while trying to rescue her husband and secure freedom for her persecuted family. The Consul won the Pulitzer Prize the year it premiered and was performed the following season at Teatro alla Scala in Milan; in recent years, the opera has been given notable performances by the Lyric Opera of Chicago, Seattle Opera, Arizona Opera, and the Glimmerglass Festival. Menotti’s nail-biting narrative surprises with several magical touches and features a sweeping, melodic score that calls to mind the music of Mascagni and Puccini. Jonathan Fox*, the Executive Artistic Director of Santa Barbara’s Ensemble Theatre, will direct. Powerhouse soprano Alexandra LoBianco* makes her debut as Magda Sorel; her husband, John, will be sung by baritone Joshua Jeremiah*. Mezzo-soprano Nina Yoshida Nelsen returns to the company as the obdurate, officious Secretary. This Opera Santa Barbara premiere will be performed in English, highlighting the work of an American master. Performances of The Consul are on April 25 (evening) and April 27 (matinée), 2014, at the Granada Theater.

SPECIAL EVENTS
Opera Santa Barbara’s annual Valentines Day Gala will take place on February 14, 2014 at the Four Seasons Biltmore Hotel. The company’s glamorous fundraising event will feature a four-course menu, silent and live auctions, dancing, and opera performances by Opera Santa Barbara artists. Opera Santa Barbara’s popular Holiday Concert will return in early December. Now in its third year, the concert will feature a nationally recognized artist in a solo recital. Opera Santa Barbara will also bring back Preview Parties, which will introduce each of our season’s productions in a private cocktail party, held about a week prior to each production’s opening night. Guests will meet members of the cast and gain special insights into each opera.

FREE AND LOW-COST EVENTS
Opera Santa Barbara strives to bring opera to all members of the community and is pleased to continue offering free and low-cost events in the 2013/2014 season. Our Noontime Concert Series, free hour-long programs featuring members of Opera Santa Barbara’s Studio Artist Program, will continue on scheduled Wednesday afternoons throughout the season. OSB will once again bring The Opera Lab to students in Santa Barbara and Ventura Counties. The Opera Lab, a free improvisation-based in-school program, has been met with unbridled enthusiasm from area students, parents, and teachers; children learn the elements that make up opera, then create their very own improvised opera on the spot. OSB will offer Free Student Dress Rehearsals for each production; these rehearsals are open to any students with valid student I.D. and are generally held the Wednesday evening prior to each production’s Opening Night. This seasons Free Student Dress Rehearsals are tentatively scheduled for November 6, 2013 (Tosca); March 5, 2014 (Falstaff); and April 23, 2014 (The Consul). Call Opera Santa Barbara at 805-898-3890 to confirm dates one month prior; groups of 15 or more may reserve a block of seats. Opera Santa Barbara will continue both our Pre-Opera Talks (beginning 45 minutes prior to each performance) and our Post-Performance Talk-Balks (held immediately following each performance), both programs are free to all ticket-holders. Pre-performance talks give audiences a broad overview of each production, enhancing the opera-going experience. Talk-balks allow audiences to meet artists from each production, ask questions, and gain insights into the creative process.

TICKETS / SEASON TICKETS
As part of Opera Santa Barbara’s continued efforts to make opera accessible to all members of the community, single tickets for the 2013/2014 season will start at just $28, with season tickets starting at $77 for all three operas. Single ticket sales begin August 1, 2013. For additional information, call (805) 898-3890 or visit www.operasb.org.

ABOUT OPERA SANTA BARBARA
Founded in 1993, Opera Santa Barbara is one of the leading regional opera companies in the United States. The company engages audiences with its exciting, high-quality operas and education programs that inspire and entertain, enriching the cultural life of our community.