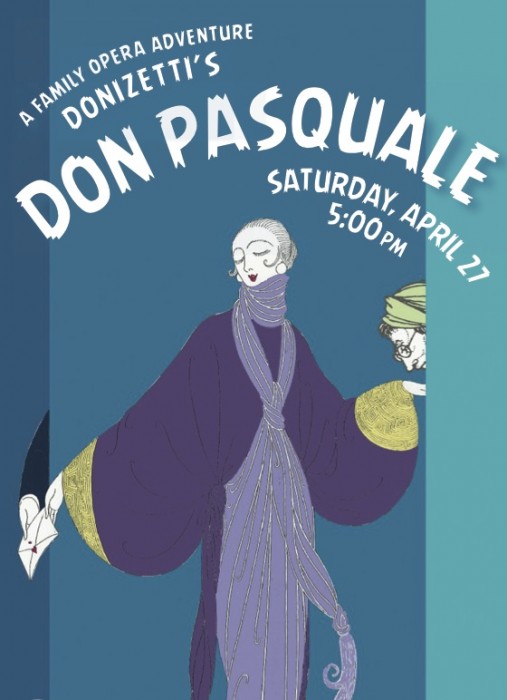 Opera Santa Barbara will present a special one-hour performance of Donizetti’s comic opera Don Pasquale, to be performed free for children of all ages and their chaperones on Saturday, April 27 at 5:00 pm.

The production will feature professional singers in full costumes, sets, lighting and piano accompaniment. It will also include a narrator to help translate the story to the children.

In this comic opera, Don Pasquale has willed his fortune to his nephew, Ernesto, on the condition he approves of the young man’s bride. Enter Norina – Ernesto’s smart and sassy fiancée – who unfortunately does not pass muster. Pasquale disinherits poor Ernesto, deciding instead to find himself a young wife and produce an heir of his own. Not one to be deterred lightly, Norina disguises herself as the girl of Pasquale’s dreams and marries the coot; you can be sure wedded bliss is not in store! Gorgeous music abounds in Donizetti’s last comic gem.

Admission is free, offered on a first-come, first-serve basis. Doors open at 4:30 pm.

Groups of 15 or more should call in advance to reserve their seats.