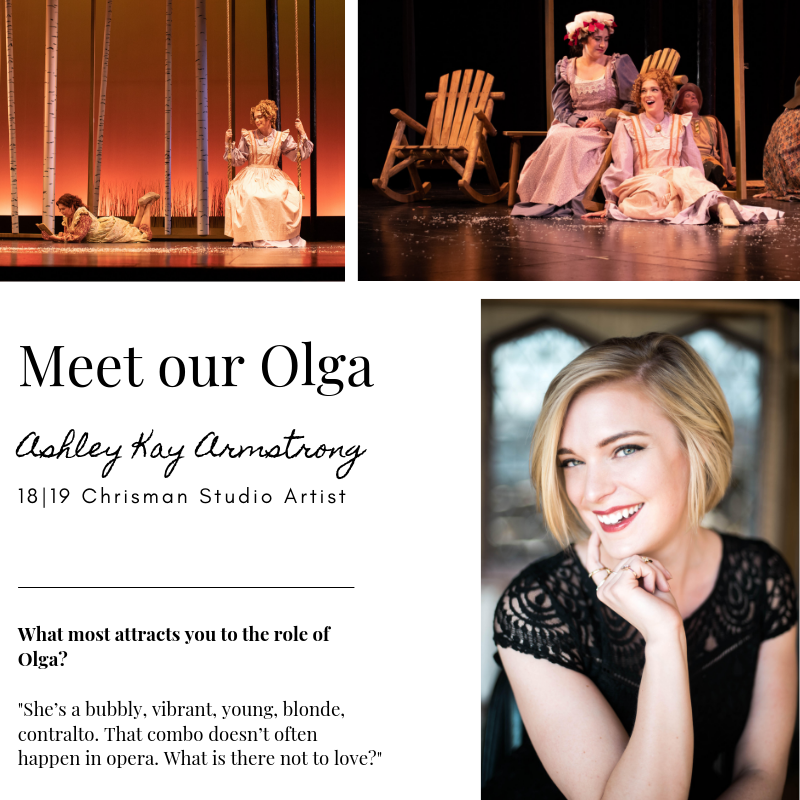 What’s the best love story in opera?
Frugola and her cat.

What language is your favorite to sing in?
It’s a toss-up between French and German.

How much Russian did you know before OSB’s Eugene Onegin started?
When I was a freshman in high school the auditions for the Iowa All-state choir included selections from a Russian choral piece about a train. The school invited our Russian foreign exchange student to coach our diction before the auditions. While listening to our quartet she fell over laughing, our Russian was that bad. So, I think it’s safe to say, I knew no Russian before starting Eugene Onegin.

Favorite Recording of Eugene Onegin (or favorite mezzo soprano who sang it)?
I probably listened to the recording with Olga Borodina the most when I was studying.

What tune from the opera gets stuck in your head the most?
Haha, almost never my own music. From this opera, it’s the peasant chorus in act 1. Generally speaking: the catalogue aria, la donna è mobile, and the doll song.

What most attracts you to the role of Olga:
She’s a bubbly, vibrant, young, blonde, contralto. That combo doesn’t often happen in opera. What is there not to love?

If you could give love advice to your character, what would it be?
Never lose your joy for life, and your love of the new.

What’s better, being an older or younger sister?
Honestly, older sister, but I am living my best life as a younger sister right now.

Best part of being in SB?
You mean other than getting to come make beautiful music with amazing people? I got to leave my winter coat at home, and McConnell’s.