MEET OUR NEW BOARD CHAIR!

We chat with incoming OSB Board Director Nicholas Burlett about Tosca, tech companies, and his latest cocktail  creation, “the Ersatz Albanian”. 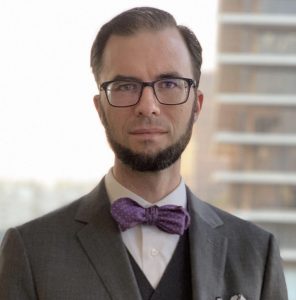 What was your first opera?

My first live in-person opera was Opera Santa Barbara’s 2009 production of Carmen. I learned two important things from that production. For one, I needed to sit further back to read the super titles clearly with my glasses. More importantly, I learned that I needed to see more opera!

Which work from Opera Santa Barbara’s 22|23 season are you most looking forward to and why?

It’s hard to choose! Tosca and Die Walküre are two of my favorite operas. But I’m also always interested in works I haven’t seen performed before, so I’m excited to see both La Scala di Seta and An American Dream this season.

Following Joan Rutkowski’s four-year stint as board chair will be quite an act to follow. What aspects of her leadership style do you hope to continue this season and beyond?

One of Joan’s great leadership skills is her understanding of everyone’s individual strengths and how to best organize the board to ensure OSB’s continued success. I hope to learn from her example and keep our organization running smoothly.

As a young professional and Director of Engineering for an international  safety and security software firm, you do not fit the stereotypical profile of an opera patron. As all arts performing organizations work to attract young professionals to their shows, why should this demographic come to an Opera Santa Barbara production?

We have two sets of stereotypes working against us: most people who have never been to an opera think that it’s just for the culturally elite or only for the older generations, and that the stories opera tells are only relevant to those demographics. On the other hand, many regular opera patrons expect that new attendees should automatically love the classic repertoire and to love it for the same reasons they do. Neither of these expectations are correct. Opera attracts people of all ages and backgrounds, but not everyone likes the same operas for the same reasons. 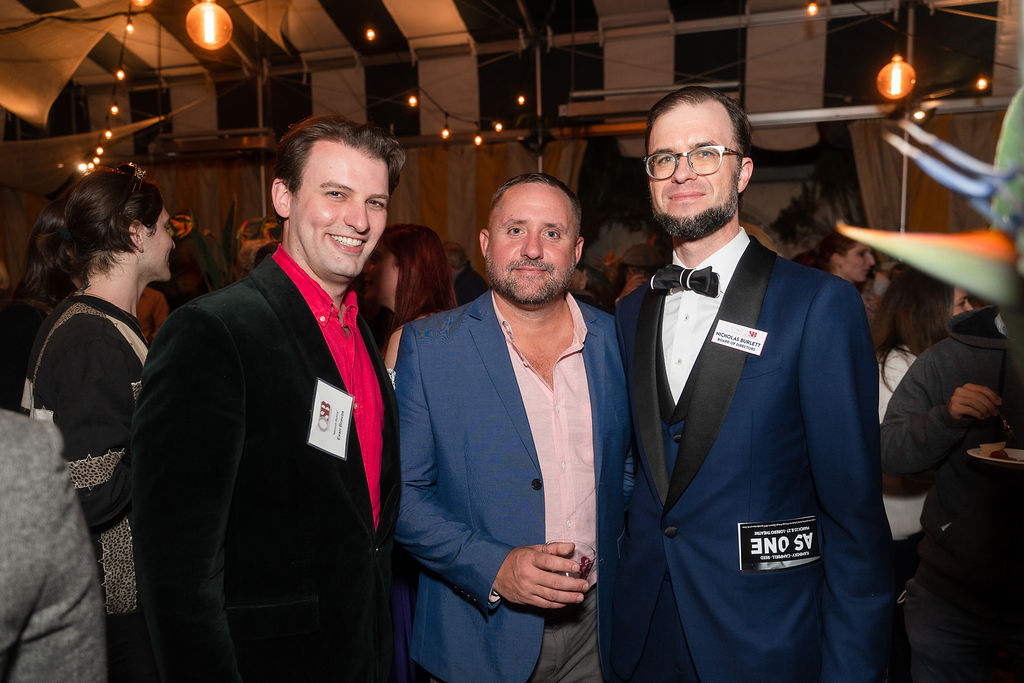 If we want to ask newcomers to step out of their routine and experience opera for the first time, we must also be willing to look for ways to overcome the stereotypes and tell new stories which might be more immediately accessible to the younger generations. Some of these newcomers may love the new works but will never come around to appreciating the classics. Some regular patrons will not like the new works and will stick to the classics. But that’s okay! Everyone can love opera, but not everyone will love every opera.

Who is your favorite opera hero/heroine?

This is a tough question. I’m drawn to opera not for any one of its components but for how they come together.A good opera must be more than just superb singing on the part of the hero or heroine. The score and libretto must bring together all the elements of voice, instruments, story, and emotion. The production of the opera brings these elements to the audience with great conducting, stage direction, costuming, lighting, sets and props, and of course singing. And all of this must come together in the eyes and ears of the audience in order to make an emotional connection that’s right for them at that time.

For me, the piece that draws me in more than any other is Puccini’s Tosca. The score is divine, the libretto has the perfect mix of emotional arias with an almost cinematic plot, and every character feels real. So I guess that makes Floria Tosca my favorite opera heroine. Like most heroines in tragic Italian opera, Floria Tosca (spoiler alert) dies at the end. Unlike most heroines, Tosca sings her swan song not at the end of her life, but in Act II when she realizes she must abandon her morals to save her lover from the gallows. When she discovers at the end of the final act that she’s been double-crossed and that her lover has been executed, the audience is brought along for a breathtaking thirty seconds of music running the gamut of her emotions before Tosca jumps to her own death and the curtain comes crashing down.

What can performing arts organizations learn from technology companies?

Tech companies have had to constantly innovate or otherwise become irrelevant. But this innovation must always be balanced against market forces. Silicon Valley is littered with the husks of tech companies who were so busy worrying about whether they could, they didn’t stop to think whether or not they should.

In earlier times, opera was constantly innovating, coming up with new musical styles and new stage technologies to keep audiences engaged. At some point I think the opera industry lost that drive to innovate. Fewer and fewer new works were performed over the course of the 20th century and opera became associated in the mind of the public with only historical works. More recently I think we’ve seen a resurgence in new operas being produced, which is a step in the right direction. We’ve also seen expanded use of lighting and projection technology and occasionally even electronic sound. All of this could help to revitalize the public’s interest in a more modern and a more personally relevant opera-going experience.

While we should strive to innovate, we must also keep the best parts of our past alive. There will of course always be a place for historic great works at Opera Santa Barbara.

What do you do for fun when you are not working and volunteering for Opera Santa Barbara?

I have a few too many hobbies and not quite enough time to practice them. My wife, Jessie, and I are longtime supporters of Santa Barbara’s Bunnies Urgently Needing Shelter (BUNS) and have adopted a small menagerie of house rabbits and guinea pigs. I mix a decent manhattan and occasionally try to make my own cocktail recipes. So far my best unique creation is a variation on the improved whisky cocktail which I’ve dubbed “The Ersatz Albanian” in honor of Tizio and Sempronio. I also recently started practicing the flute again for the first time since high school.

Opera Santa Barbara’s repertoire is determined by the Artistic & General Director with board input and approval. What opera would you love to see performed in Santa Barbara during your tenure?

I’m always in favor of a good mix of classic and new repertoire. I’d love to see some of the lesser-performed classics, like J. Strauss’ Die Fledermaus or Handel’s Orlando. For “newer” works, perhaps Menotti’s The Telephone, or L’Amour à trois (1947) or Cerrone’s In a Grove (2022). Of course, I only play a very small role here–the ultimate decision is up to Kostis and our excellent Board of Directors!