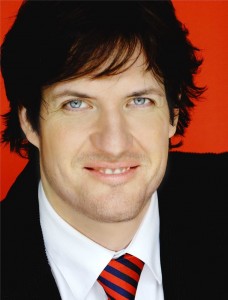 Great review in Opera News for baritone Gabriel Manro! He was seen here as a reporter in Séance, and will join us again this year as a member of our Studio Artist Program, where he will sing the Marquis and cover Germont in Traviata.

“Under general director José Luis Moscovich, Palo Alto’s West Bay Opera dared, for the first time in its fifty-five-year history, to undertake one of opera’s “big ones” — Verdi’s “La forza del destino”. Thanks to the major casting coup of baritone Gabriel Manro as Don Carlo the results were more than credible.

Manro was still performing in Los Angeles Opera’s “Il postino” when Forza opened on October 15. Gifted with a striking, sinister baritone that remains strong, even and sonorous throughout the range, he tore into Verdi’s music on October 23 with a vengeance. Manro’s towering portrayal declared his readiness for major roles in houses far beyond his Southern California base.”