Opera on the Go Season Announced! 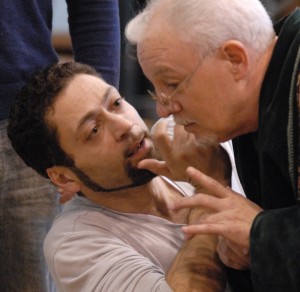 Three of this year’s talks will be presented by Prof. Simon Williams. Women with a Past will examine the position of the courtesan in mid c19th century society and discuss the treatment of the “woman with a past” in the drama and opera of the times, particularly La Traviata. In his talk on Opera Buffa, Simon will explore the history of this genre, from Pergolesi’s La serva padrona through Mozart to the early 19th century. In exploring the work of Leonard Bernstein, Simon will will discuss the theatrical variety of Bernstein’s work and will position it in the theatrical history of the 20th century.

We are excited to welcome Mashey Bernstein in a talk titled Opera in Film. Using movies as diverse as Pretty Woman, Slumdog Millionaire, Vertigo and Night at the Opera, this talk will show the many ways that Hollywood has used opera scenes and arias to enhance or develop the plot, serve as an ironic commentary on the action and develop character and theme.

The two final presenters of the season, Sheri Greenawald and Peter Kazaras, are both accomplished opera singers who have gone on to successful careers working with the operatic voice. Ironically, both of them performed in the 1983 premiere of Bernstein’s A Quiet Place, which is the sequel to Trouble in Tahiti. There is a wonderful article about them in the current issue of Opera News. Sheri is the Director of the Opera Center at the San Francisco Opera, and will discuss the training of the operatic voice. Peter is the Artistic Director of the Young Artists Program at Seattle Opera and director of the Opera Program at UCLA.