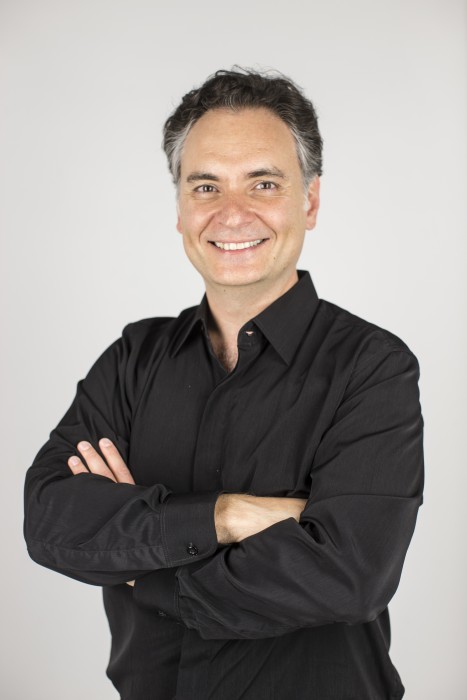 “We are very pleased and honored to welcome such a distinguished artist to our ranks,” said Steven Sharpe, general director of Opera Santa Barbara. “Given Kostis’ remarkable record of achievement, as well as the respect he justly commands in our industry, we are confident that he will contribute significantly to our artistic and educational efforts. This appointment marks an important and exciting milestone in the evolution of our company.”

“I am thrilled to be joining Opera Santa Barbara, one of the country’s up-and-coming companies in one of the world’s most beautiful cities,” said Mr. Protopapas. “I look forward to working with Steven Sharpe, the staff, and the board to broaden the company’s reach and deepen its relationship with the community. Opera is my passion, and I look forward to sharing it with the people of Santa Barbara and the Central Coast.”

As artistic director of Tulsa Opera over the past seven years, Mr. Protopapas has spearheaded a succession of notable productions from the pit. Writing in The New Yorker following a 2011 Tulsa Opera performance of The Barber of Seville, Alex Ross marveled at the orchestra’s “fluid idiomatic playing.” “In any city, it’s rare to find a conductor that sets the right tempo so consistently,” observed Mr. Ross. Mr. Protopapas previously served as Tulsa Opera’s associate conductor and chorusmaster, and has conducted 22 productions with the company since his 2005 main-stage debut with Cavalleria Rusticana/I Pagliacci.

Mr. Protopapas also has distinguished himself as an administrator. Under his leadership, Tulsa Opera has gained an outsized reputation for adventurous programming, exceptional directorial and singing talent, and extensive community outreach, including statewide educational initiatives and innovative partnerships with local and regional organizations.

“Maestro Protopapas is known for producing highly compelling productions, and prides himself on creating the conditions for artists to do their best work,” said former Tulsa Opera Board President Alvina Hart. “As a conductor he leads with exuberance and finesse, always working with the singers and orchestra to draw out the beauty and power of the music, making the classics unique and newer works accessible. His love for the art form of opera is apparent to all who meet him.”

Between 2002 and 2008, Mr. Protopapas concurrently served as assistant conductor for Lyric Opera of Chicago, the Los Angeles Opera, and the Santa Fe Opera, and during the 2002 and 2003 seasons was Lyric Opera of Chicago’s assistant chorusmaster. Having begun his career at Virginia Opera and Opera Memphis, he also has conducted at Union Avenue Opera in St. Louis, the Des Moines Metro Opera, Opera Columbus, Shreveport Opera, and Opera in the Ozarks.

In a review of Union Avenue Opera’s 2014 production of A Streetcar Named Desire, St. Louis Post-Dispatch critic Sarah Bryan Miller lauded Mr. Protopapas’ “sure grasp of the score,” adding that the conductor “led his forces with clarity and energy, in a notable performance.” His performances have met with similar plaudits in the pages of Opera News, Opera Now, and Tulsa World.

Born in Athens, Greece, Mr. Protopapas studied archaeology and art history at the University of Athens before turning his attention to piano at the Boston Conservatory and conducting at Boston University. He will continue to serve as artistic director of Tulsa Opera during his tenure with Opera Santa Barbara.

Opera Santa Barbara will open its 22nd season with Mozart’s timeless drama Don Giovanni on November 6 and 8, followed by Donizetti’s bel canto masterpiece The Elixir of Love on March 4 and 6, and a twin bill consisting of Puccini’s compelling one-act operas Suor Angelica and Gianni Schicchi on April 22 and 24. Subscription sales are underway; single-ticket sales will begin August 15. Performances will take place at the Granada Theatre in Santa Barbara. To place a season subscription order, visit www.operasb.org or call 805-898-3890. To purchase single tickets after August 15, visit www.granadasb.org or call 805-899-2222.