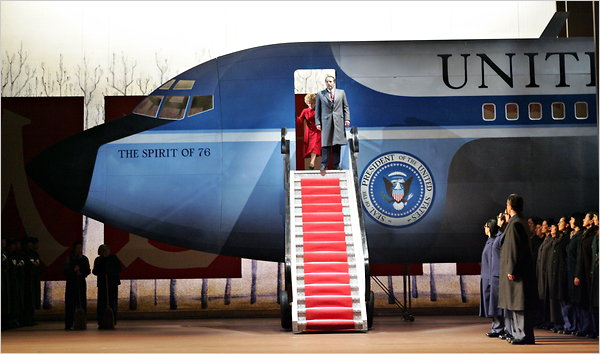 More opera on film around town in the next week or so! I’m so happy these films are introducing opera to new audiences and hope people will take the next step of experiencing live Opera – there is nothing like hearing that wonderful music sung by unamplified voices live in the opera house. 3D is an amazing feat, but Live = priceless!

NIXON IN CHINA will be broadcast from the MET the weekend of February 12-13 at both Music Academy and at the Arlington Theater. Check out this wonderful article from the New York Times on the piece’s history. 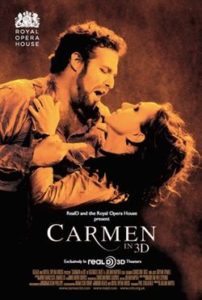 Also coming THIS SUNDAY: Francesca Zambello’s “Carmen” in 3-D at the Arlington, the Film Festival’s Closing-Night Film. Tenor Bryan Hymel will sing Don Jose – Here’s a sneak peek at his work – a beautiful rendition of the Flower Song, with a beautiful high B-flat, song softly and sweetly as the composer intended (but is rarely heard!)