I AM #OperaSB | Susan Anderson, Production and Orchestra Coordinator

Opera Santa Barbara is celebrating 25 years! Over the course of the 2018/19 season, we will be profiling musicians, artists, board members, and staff both past and current who have brought a quarter-century of thrilling opera to Santa Barbara.

We continue the series with Production and Orchestra Coordinator for La Bohéme, Susan Anderson. Opera SB is thrilled to have her as part of our anniversary season and it is bittersweet to see her go after she finishes with La Bohéme. Susan has been announced as  Southwest Florida Symphony’s new General Manager. She will be following Santa Barbara Symphony Music Director, Nir Kabaretti, across the country to his “other” US orchestra. We wish Susan the best and we hope you enjoy getting to know a little bit more about her. 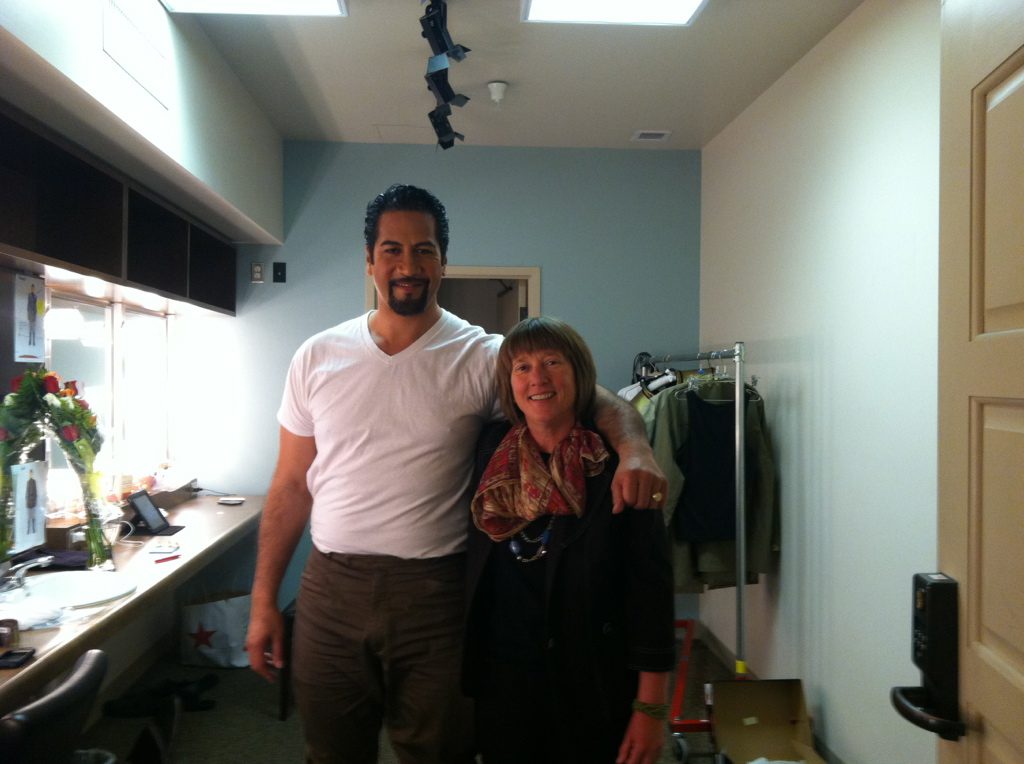 How many operas have you played in?
La Bohéme this season will be my 18th opera with OSB since I began working with the company in 2012.

How and when did you first get involved with OSB?
I came in to assist the orchestra personnel manager, Ryan Sweeney, at the start of the 2012-13 season (for Madame Butterfly) and remained “in the pit” until the beginning of this season when I became more involved with the overall production. This year I was hoping to get to be backstage instead of downstairs, but it looks like I’ll have to leave for my new position before La Bohéme opens in November.

What does a day-in-the-life for your position look like?
I am involved in the contracting and payment of all members of the cast – the leads, ensemble, chorus and orchestra as well as the production staff – as well as much of the rental and stage equipment.  I am used to the orchestra schedule, which is quite compact, but the singers, especially the Principals and chorus, arrive in town weeks in advance and have a huge number of rehearsals to bring it all together.

What do you enjoy about putting on an opera production:
There are so many different elements that come together for an opera – the singers and dancers onstage, the orchestra and conductor, the crew and all the production folks for costuming, lighting, stage direction, stage management, supertitles, etc. etc. There’s a lot going on! And besides, at orchestra concerts you almost never see anyone fly to the ceiling, jump off a parapet, or descend into the flaming pits of hell…at least not normally.

What’s something most people don’t realize about work behind the scenes:
Stealth is important – there’s a lot of quite sneaking around backstage from the production staff to make sure that we don’t interfere with the action onstage.  That said, on stage and it the pit it is often incredibly LOUD with so many people singing and playing.

Memorable moments with OSB:
When I realized that the tenor lead of Aida had been a lineman for the Baltimore Ravens, my hometown team. Really?? That explained why he was such an enormous dude!

Favorite opera and why?
Tosca – I’ve seen it performed live so many times, including a wonderful OSB production in 2013.  Such great music by Puccini, political intrigue, torture, and sacrifice for love. And I’ve always loved contemporary opera, so loved The Consul and am really looking forward to The Crucible this season.

I’m honored to be part of this company and can think of so many great productions in the past.  Can’t wait to see what’s in store for this season!