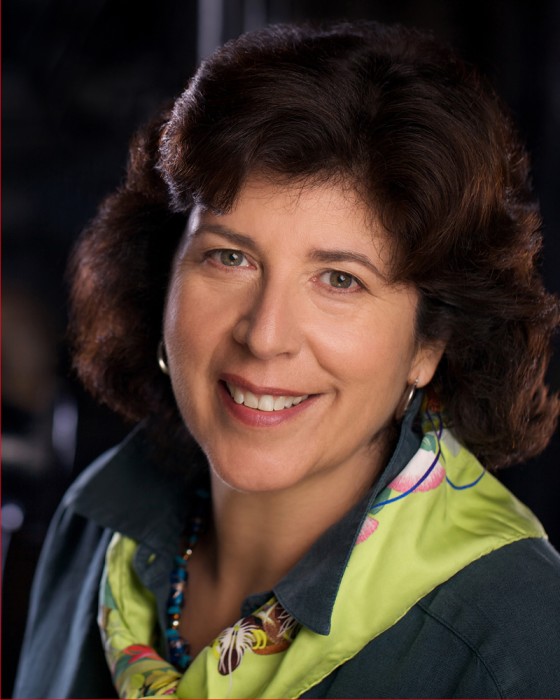 When the curtain opens on Francesca Zambello’s Aida, you’ll be treated to “an original and stunning production – without one elephant sighted,” writes Susan Galbraith for DC Theatre Scene. She’s not alone: skimming the reviews from this production’s 2012 New York premiere, a clear picture emerges: “Thought-provoking and brilliant”; “Gutsy”; ”Memorable”; “Courageous and incredibly moving.”

This won’t come as a surprise to anyone familiar with Zambello’s work. One of opera’s most celebrated names – and a self-described “evangelist for opera” – she has blazed a trail creating groundbreaking productions for top opera houses around the world. In addition, she is the newly appointed Artistic Director of Washington National Opera and serves as the Artistic & General Director for the Glimmerglass Festival, where this production of Aida premiered in 2012.

Opera Santa Barbara Artistic Director Jose Maria Condemi says, “When I talked to Francesca about her culturally significant Aida, I was intrigued; when I saw the results – this gripping, visually stunning production – I knew I had to bring it to our community. It’s certain to be a truly noteworthy day for both music and theater in Santa Barbara.”

Intelligent and compassionate, Zambello’s not the type to create her art in a vacuum. Affected by world events unfolding around us, including the demonstrations, protests, and uprisings that continue to make headlines as the Arab Spring unfolds in the Middle East. “The work and the state of our society definitely elicits a lot of discussion in the rehearsal room: two cultures in opposition then and now. We talk about it a lot. Aida is a piece with contemporary relevance – one culture trying to dominate another… the fanaticism that you see in it is not any different from what we see in so many countries today.”

Zambello had directed several large-scale productions of Aida before creating the production that will appear in Santa Barbara, but something didn’t click: “I think of Aida as a chamber opera with one huge scene in the middle, so to do this intimate version of it was a thrilling discovery.” After all, Verdi wrote Aida for Egypt’s 850-seat Khedivial Opera House – nearly half the size of Santa Barbara’s Granada Theater.  Zambello continues: “However, you have to expect that people will ask ‘Where are the elephants?’ So, one challenge came in rethinking our approach to create something much more intensely personal. The central dramatic tension links all four characters as each struggles to choose between country and love, so a focus on these characters rather than on the spectacle has allowed us to understand the story in a very fresh and contemporary way.”

To realize her vision Zambello chose two new design collaborators: Lee Savage, set designer, is a recent graduate of the Yale School of Drama. Zambello notes, “Lee brings a very fresh, thoughtful perspective. And I turned to Bibhu Mohapatra – whose clothes I wish I could wear all the time – to create a world that is evocative of the contemporary Middle East but that could create its own mythic language. His understanding of character and translating it into color and fabric and design has been revelatory for all of us in the theater.” [see article on p] Zambello also handpicked soprano Michelle Johnson for the title role, saying: “I think Michelle could be the new Leontyne Price.”

Getting an insight into Zambello’s process is instructive. “The director has to create a world that the story can live in. What’s it going to look like? What is the story, and how am I best going to get that story across? As a director, I will use whatever tricks I know from opera, musicals, theater –whatever it takes. Whether you are working on an opera or on a play, you’re going through a process: talking to people and finding the characters and finding the meaning. Everything I do is about a search for meaning.

Her vision clearly paid off; Anthony Tommasini, chief music critic for The New York Times, praises Zambello’s Aida as “exciting and provocative with an element of ever-present danger; you never know when another bomb might go off. The contemporary imagery is stunning and poignant; shocking and pertinent.” James Sohre of the U.K.’s Opera Today puts it even more succinctly: “Risky, yes. Different, yes. But when the results are so incredibly moving, who needs elephants?”